Home » Media Centre » What does your smile say about you?

What does your smile say about you?

Strangers will judge you on the appearance of your teeth

Study after study in the last 2 years alone has shown the appearance of your smile can potentially impact everything from your relationship to your professional life.

One study carried out by a psychologist using a dating website found that 72% of women were more likely to judge a man by how healthy his teeth did (or did not) look. While only 34% of men said the appearance of a woman’s teeth mattered.

The psychologist remarked that this was not surprising. She said women were more likely to take a man’s teeth into consideration since teeth can be an indication of diet and hygiene. She said it was Darwinian: find the man with good teeth, healthy-looking teeth and you may (or may not) find a man with good oral hygiene and diet.

Your smile and your business

Another study presented a scenario: two men walk into a building for a job interview. One man is young, fresh out of university. He’s well dressed, sharply dressed. Even his watch looks good. The other man is middle-aged. His suit is average. His shoes are average. His watch is nondescript.

They show up hoping for the same job. The younger guy is more confident, he looks the average man over and this only increases his confidence. The average guy merely sits and waits. He’s not interested in the younger guy. He’s only interested in getting hired. Because getting hired is what’ll put bread on the table, put clothes on his kid’s backs. The younger guy feels entitled to a good job. The average guy worked hard, he’d worked from the bottom up—he was hungry for this job.

When the younger guy is called in, he smiles widely at his potential employer. Impressed by the suit, the shoes, the watch, the interviewer looks at the younger man’s teeth and makes a mental note. Then the interview begins.

What the study says

Stained, unhealthy-looking teeth will increase your chances of not getting a second date or landing that job you want. At least that’s what a couple of studies have said. Although one must always take such findings with a grain of salt, there is some truth to the idea that the appearance of your teeth does speak to how well we look after ourselves.

Why you should visit a dentist so often

It’s not that hard to look after your teeth. Brush them twice a day and floss once a day. Add to that consume less sugary drinks and snacks and you’ve got a good chance of having healthy teeth. The only other thing you need to do is visit the dentist twice a year.

Visiting the dentist as regularly as twice a year can help to keep your teeth free from bacteria and decay. At Redlands Gentle Dental Care we cater to patients from 3 years of age through to patients over 60.

You’re never too old, or too young, to visit the dentist for a check-up. If you would like to know more about how Redlands Gentle Dental Care can help you or book an appointment, please contact us today. 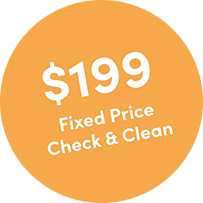